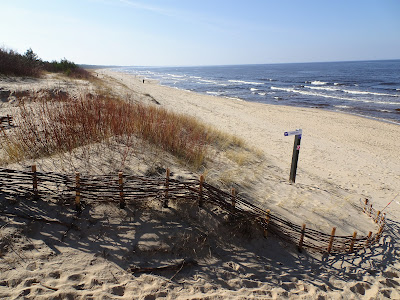 The embassy running club hired a bus to take them to a race in nearby Carnikava on the Baltic Sea. We joined the running club for a day, but not for running. Instead we took a nice hike through the woods and along the beach. We had to dodge the runners here and there but it was a relaxing day in nature as the temperatures finally climbed out of the freezing zone this weekend.

The annual World Happiness Report is out again and March 20th is the International Day of Happiness. The report measures six key variables supporting well-being: GDP per capita, social support, healthy life expectancy, freedom, generosity, and absence of corruption. I first saw this in the news in 2016 and have checked it out every year for Happiness Day. It's interesting to see how the rankings change for the countries I've lived in.

Museum of Decorative Arts and Design 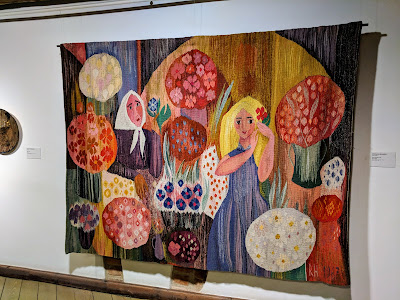 The Museum of Decorative Arts and Design (Dekoratīvās mākslas un dizaina muzejs) is another part of our annual pass to the Latvian National Museum of Art. There's a lot of goodness with this museum card.

The top 2 floors have the permanent collection of various textile, ceramics, metal, leather, decorative wood, and glass art. It's a decent size and there's some interesting pieces. The bottom floor has the changing exhibition. It currently contains The Weather Diaries with textiles and photography from Iceland, Greenland and the Faroe Islands. It was also interesting to see on a cold dreary day in Riga.

I was selected for promotion in September but I didn't meet the cut for how many people they could promote. I wrote about it in Promotion Bridesmaid. I didn't have my ranking or the overall statistics to know how close I was to the cutoff at that time. The promotion statistics have been released. It was a close one and it couldn't have been any closer.

214 people competed for promotion in my specialty and pay grade. My personal scorecard says 66 people were deemed worthy of promotion and I was 46 on that list. They were only able to promote 45 of those people or 21%. 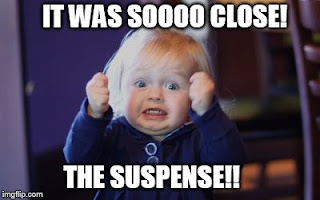