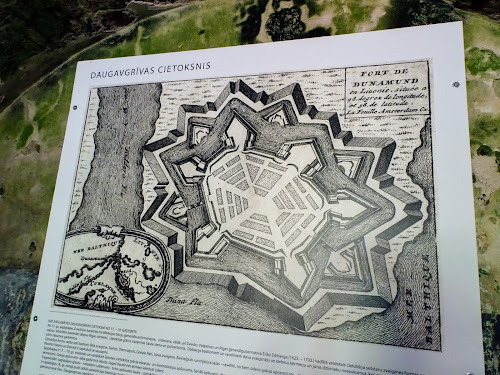 Daugavgrīvas Cietoksnis is a fortress originally built in the Swedish Livonia in the 17th century. There's more history at the link but the current structure is newer.
"The fortifications of the fort were completely rebuilt before the outbreak of the First World War. During World War I, the fort was bombed by German air forces. Soon the Germans took over the fortress, and in 1917, the German Emperor Wilhelm II personally inspected it. In 1940, the Soviet navy took over the fortress."
It's only open on the weekends but it's an interesting space to walk around and explore in Riga. It's across the river from old town and near the mouth of the river.
CLICK HERE TO READ MORE »
Posted by Jeff No comments: 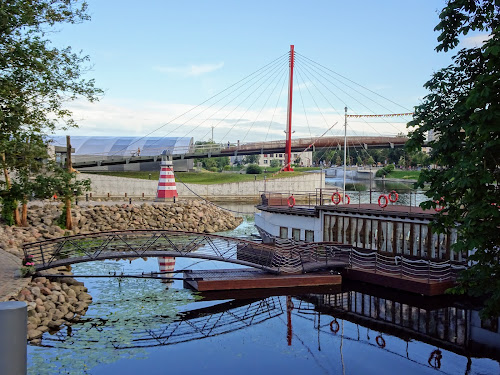 Jelgava is a Latvian city about an hour from Riga. The nice place to hangout in Jelgava is an island named Pasta salā. No, this has nothing to do with Italy since pasta means postal in Latvian. The Postal Island is the site for their annual sand sculptures in summer and ice sculptures in winter. We haven't been in winter yet but we'll do that this winter. There's a sculpture garden, restaurant, and a cafe with great treats to sit by the river.
CLICK HERE TO READ MORE »
Posted by Jeff No comments: 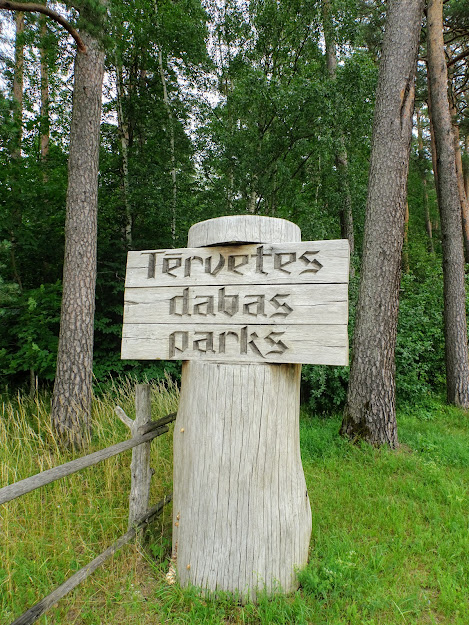 Tērvetes dabas parks is a nature park but there's some really cool stuff in it which fully justifies the drive there and small price of admission. It's almost like some sort of natural theme park.
There are zip lines and climbing areas which seem to be popular across Latvia. There's also a tall observation tower which is another thing they like to build here in various places. The park has large paths which are easy for all ages and strollers. There's smaller more natural paths winding between the main roads to get a little closer to nature and see less people. Those can be challenging for strollers but some people were doing that too with their families.
The really unique thing about this park are all of the carvings and little buildings on the trails and in the various Gnome or Dwarf villages. We didn't even get to the other side of the park for the Fairytale Forest so we'll have to go back someday.
https://www.mammadaba.lv/tervetes-dabas-parks
CLICK HERE TO READ MORE »
Posted by Jeff No comments: 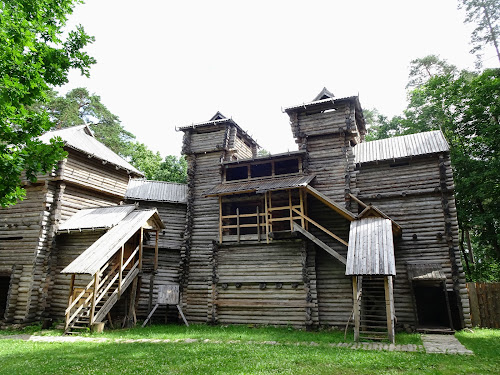 I love castles! This is a really cool reconstruction of a 12th century wooden castle. It's a unique experience to wander around inside what they believed to be the fortification style of the Semigallians with some artifacts and some recreations in the museum. They were the Viking Age people of the region before the Kingdom of Livonia. There's a long rich history of Latvia to explore. This timeline link covers prehistory to modern Latvia.
This is across a street from the park where the original castle stood on a hill. We also hiked over there through the nice park so the rest of the pictures are of that area.
CLICK HERE TO READ MORE »
Posted by Jeff No comments: