There's a great free Museum of Medieval Stockholm just north of the Royal Palace. I finally visited it today after a year and half of being here. I tend to visit attractions when I first arrive at an assignment or when time is running out before the next move.

The museum was built underground around the findings of an excavation. It includes part of the original 16th century stone wall and some cool recreations of medieval Stockholm. There are also some detailed models and maps showing the evolution of Stockholm from medieval times. Here's some pictures of the frozen lake side of Gamla Stan and the outside of the museum before some of the museum itself: 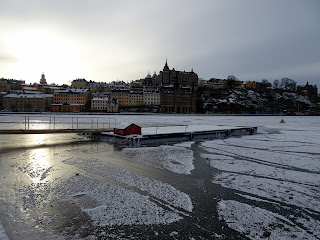 I spent the transition to 2016 in Athens Greece. I was fighting a cold the whole time but it was still a great trip to see yet another city and country I've never been. I read a lot about the Greek mythologies when I was young so I always dreamed of seeing the Acropolis, Parthenon, and various temples built for those ancient gods. It's always amazing to be in places with such a long history of civilization and sense of time. I'll let the pictures tell the rest of the story... 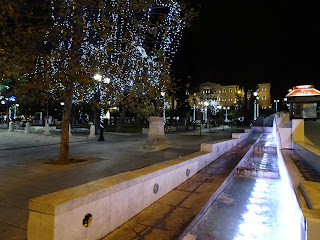