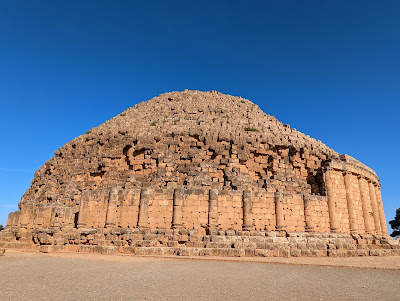 This is the Royal Mausoleum of Mauretania, which is the tomb where the Numidian Berber King Juba II (son of Juba I of Numidia) and the Queen Cleopatra Selene II, sovereigns of Numidia and Mauretania Caesariensis, were allegedly buried. However, their human remains have not been found at the site, perhaps due to tomb raiding.