El Ávila National Park is the distinctive mountain view in the background of most Caracas pictures. Usually we're looking at it from the city or from the hills where we live on the other side of the city from the mountains. It looks nice from down here so why not get a closer look?

The park has many trails and you could hike all the way to the top given enough time and energy. We don't have that kind of energy so we hiked up the very popular Sabas Nievas trail. It's sad to see on the map how little we actually climbed when it felt like so much more! I saw on a map there that we went from about 1,000M to 1,300M.

It was a lot of work but definitely worth it for the views. I guess the exercise is good too. This is a nicer way to exercise and lots of locals use it as a workout. If it isn't enough to climb all that way then there's an outdoor gym where we turned around. Crazy people!

The entrance we used to the park is a tunnel under a road that runs alongside El Ávila. There were vendors selling drinks and snacks to the large crowds that run up and down the trail. 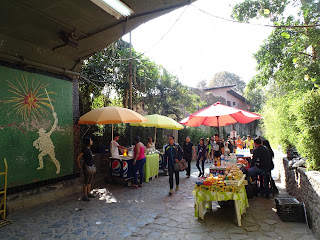 Morrocoy National Park is a protected island and marine preserve on the Caribbean coast of Venezuela. It's about a 4 hour drive from Caracas. Part of Falcón state, it’s known for its mangroves, island beaches and cays like Cayo Sombrero. It was one of the two cays (really small islands) we relaxed on over the holiday weekend, along with the even smaller Cayo Pescadores.

We stayed in a really nice posada (lodging) in the park with their own docks. Breakfast and dinner were served outside by the docks. The facilities at La Ardileña Posada were great but there were some typically Venezuelan things going on. A little later in the morning they'd shut off the water to the rooms to conserve their water tank. The electricity suddenly went out at the end of dinner on our last night for about 5 minutes. We could see the stars fairly clearly until they got the generator started and restored the lights. We're starting to get used to electricity not always being available or the water not being available and/or clear so it wasn't anything unusual to us now. 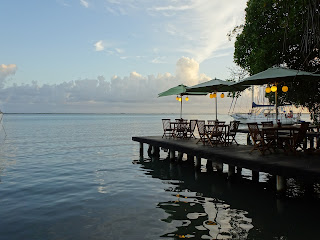