My days left here are now in the double digits. The Easter weekend is a 4 day holiday and I'm spending it enjoying Stockholm before I have to move away. Moderna Museet i Stockholm is another of the local museums I haven't been to and it is now free. It was a perfect day to go out and visit another museum. The sun was shining but it was still cool (48F) and very windy so it was good to be inside. They have a nice restaurant like many of the museums here. Here's the wonderful view from the restaurant where you can see across the water to Strandvägen and the Nordic Museum / Nordiska Museet. 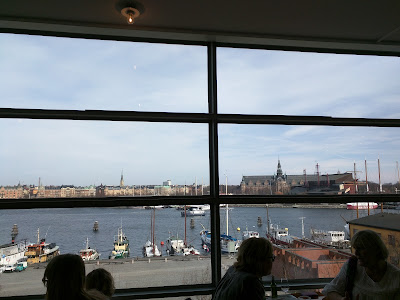 Happiness Is The Road

Marillion is an awesome band and this song speaks well for the journey down many more roads... happiness is the road.

The World Happiness Report 2016 Update is published. The editors argue that happiness provides a better indicator of human welfare than income, poverty, education, health and good government measured separately. Roughly 3,000 respondents in more than 150 countries were asked to evaluate their lives on a ladder where 0 represents the worst possible life and 10 represents the best. For the world as a whole, the distribution is very normally distributed about the median answer of 5, with a population-weighted mean of 5.4. It's a simple concept of being higher or lower on a happiness ladder but it needs to be simple to measure people of so many different nationalities and mindsets.

I'm from the United States which is ranked #13 with a score of 7.104. I currently live at my first foreign service post in Sweden which ranks a little higher (#10/7.291). Supposedly I improved my happiness environment by moving to one of the top 10 countries but it wasn't a huge jump in position. It doesn't feel like a drastic change but I do think people here seem a little happier. It also depends a bit on the seasons here. The top 10 is dominated by Nordic countries despite their cold and dark winters. Maybe the survey is taken in the summer when everyone is enjoying the long days filled with sunshine and pleasant weather.

Less than 4 months left in Stockholm and I'm still trying to see everything I wanted to see around here. There are several museums on my to-do list and fortunately many of the government owned museums are now free to visit. Check the link for a complete list. I think it's great to use taxes for greater access to these wonderful learning places. The Smithsonian museums in DC are free resources for the people and it'd be great to see that model used everywhere. Museums are a great way to find out about a place and what made it what it is today. The Swedish History Museum does a good job of telling that story with a focus on prehistory, vikings, medieval, and a timeline of 11th century to today. I looked around and enjoyed the museum more than I took photos so here's a small taste of the viking era: 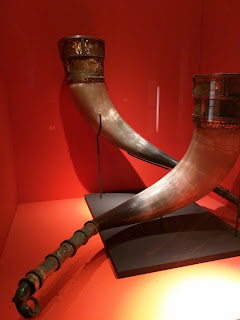 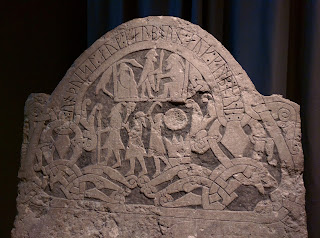