And Now For Something Completely Different

It's now down to the final two weeks at work before I make the big switch from Defense to State. I've been with the Air Force for 22 1/2 years. I've had a variety of jobs along the way but they've always been in support of the Air Force. I did look at making a change when I retired from the military, but coming back to the Air Force as civil service was the best opportunity at that time. However, now that I have this new opportunity ahead of me I do think it'll be refreshing to move on to something completely different... 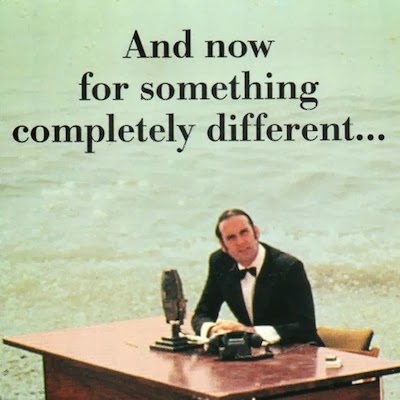 I've transferred my workload to someone else and have just been helping lately. Sometimes its hard to resist jumping right in with answers as if my opinion will continue impacting the future of that work. I've started playing this clip of John Cleese every now and then when I'm asked a work question. It's a funny response to any question with a great laugh that serves as a reminder that I'm actually leaving.

One definite advantage of being a local hire is that we don't have to move out of this house now. My classmates are making their final preparations at work like I am, but they're also scrambling at home to move here for training before we all move out to the far corners of the Earth. Some are leaving family behind to wrap it up while they're at training, but many are bringing everything now.

The foreign service training process doesn't provide time for people to return home. I found out we're considered "in transit" to our first assignment when we start orientation. Non-local hire household effects will have to sit in a warehouse since we don't get our assignments until the 3rd week. In contrast, our stuff will just stay in our house as a local hire.

We're working on getting the house ready to sell but moving isn't an immediate priority since we have until June. We might also move twice if our house sells early. But it'd just be a local move to an extended stay hotel with our travel stuff. We should be able to split up our packing according to my assignment and have it all heading directly there and/or to long-term storage from our house.

Non-local hires have to plan out their boxes for the warehouse considering what might stay there long-term and what they may need to request for their assignment. We'll have the luxury of sorting it all out after we actually know where we're going. That's definitely a big advantage of being a local hire! Granted, I won't get per diem to cover temporary housing during training but I'm better able to switch from paying a mortgage to a hotel with minimal overlap so that's probably a fair trade.
Posted by Jeff No comments: 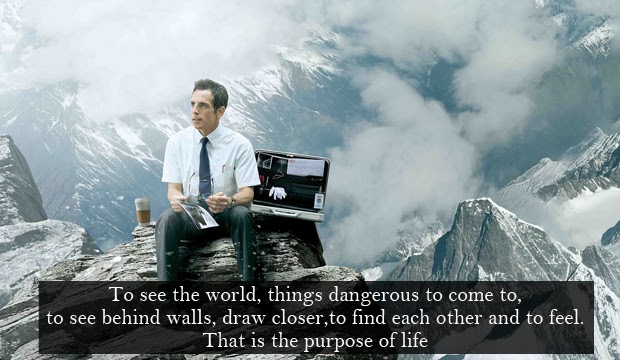 I saw the movie The Secret Life of Walter Mitty and it made me a little more antsy for my first Foreign Service assignment. I'm ready to move overseas now!  The scenes in Greenland and Iceland were particularly beautiful and inviting.  The posters for the movie say "stop dreaming, start living" and right now my upcoming move still feels like a dream... one that's closer to reality as I completed a finalizing step today.

I received my confirmation letter (final offer with my starting grade and step) and signed the "Agreement to Join the Foreign Service" memo.  This step finalized my acceptance of employment. Passing the OA didn't guarantee I'd get a final offer so it was still a matter of "if" until the class offer was sent and I said I'm available.  Now it's all official and I'm committed to starting 3 weeks of Foreign Service Specialist orientation Feb 10th followed by at least 17 weeks of training specific to my Information Management Specialist (IMS) specialty.

It took a little while to get the confirmation letter because of the holidays.  There's also a process for setting the starting step based on current salary, education, and experience.  The starting grade isn't negotiable for Foreign Service Specialists (FSSs) and only depends on the specialty.  In contrast, Foreign Service Officers (FSOs) start in grades FP-06 to FP-04.  On the FSS side, for example, all Office Management Specialists (OMS) start at the FP-07 grade and my IMS specialty starts at FP-05. FP-05 is higher than FP-07 since the grades count down from FP-09 to FP-01. This is opposite of the GS pay scale I'm in now which counts up.  It also has 14 steps per grade instead of the 10 steps on the GS scale. Older/younger and more/less experienced all start as the same entry level specialists and go through the same training.  Yep, it's just like joining the military all over again where everyone starts somewhat equal and then progresses through their careers at different speeds.

The rest of this month at work is about tying up loose ends and helping the friends I work with however I can in the short time remaining.  The month will fly by way too fast in that regard since I work with some great people.  The cleaning and purging of accumulated stuff at home continues as we work on becoming nomadic again and getting the house staged to sell.

Walter Mitty progressed in the movie from daydreaming about adventures to living real adventures of his own... I'm ready to do the same!