We tried Car2Go this weekend. It's a short term car rental company spreading around the world. It arrived in Stockholm earlier this year. I used to see Zipcar back in northern Virginia but we never needed it while living there so this was my first use of this kind of service. They're all little 2-seat Smart cars perfect for running around the city.

We had another Swedish holiday this past Thursday (Ascension Day) so I took Friday off and we flew to Belgium to visit some friends living there now. It was a 2 hour flight to Brussels so another short trip. We didn't end up spending too much time in Brussels since our friends lived about an hour away but that was a good thing. Our trips so far have been from city to city using public transit everywhere we go. Our friends had a car so we actually saw some of the countryside and sights we wouldn't have normally looked for if we had flown to Brussels on our own. Here's a little bit of downtown on a rainy day which I'm told is typical for Belgium: 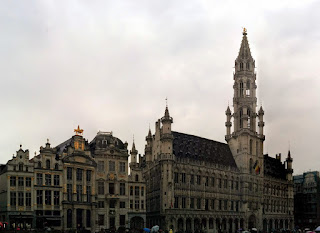 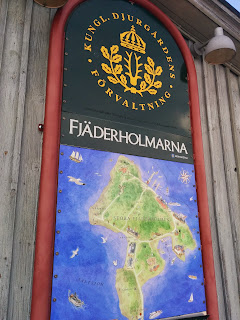 Fjäderholmarna is a little walking only island near downtown Stockholm. It's only a 30 minute ride on one of the many ferry services here. The tiny island has it's own website and their slogan is "where the archipelago begins" so we'll have to further explore the islands after this little taste. We hadn't taken advantage of the ferry services like that before but it's an easy way to get around. During the warmer season they run every hour to this and many other water accessible destinations. We simply hopped on and paid onboard when we were ready to go. There are some longer bookable trips with set timetables that we're interested in now that we're looking at these options for exploring the area around us.

The First of May Swedish holiday made a 3 day weekend so we took a quick trip down to Copenhagen. There was a choice between a 5 hour train trip or a 1 hour flight. I found some cheap tickets on Norwegian Airlines so we chose the quicker option.

Copenhagen isn't too different from Stockholm with the same Scandinavian look and feel. The Danish language is different with some similar sounds and they have a different currency of crowns since neither country has embraced the Euro. They speak English just as easily and their metro system is also very good for getting around. They only spot check tickets on S-tog (train) or metro and nobody checked our tickets just like our time on Berlin's metro. It's definitely easier without station turnstiles slowing you down and it gives the illusion of free access to transportation. There were a few signs about the hefty fines for riding without a ticket so I wouldn't try cheating that kind of system.