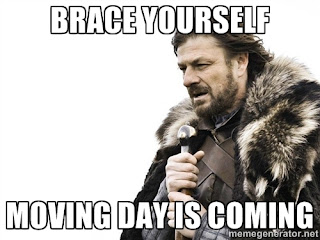 I wrote about several categories for sorting stuff during the last move in Sorting Stuff - 60 Days to Departure. In retrospect, nothing was done 60 days out. The reality was more like flailing around wildly a couple of weeks before pack out. I'm tackling my sorting in more distinct phases this time and started the process 3 weeks prior to departure. Eventually I'll have this down to a science, or at least a semi-organized art.


We're moving from a 110V country back to a 220V country. Appliances with motors, heating elements, or any kind of clock may have issues with the conversion. A transformer converts 220V to 110V or vice versa, but it doesn't change the utility frequencies of 60Hz and 50Hz. I put some 220V appliances in storage during the last move, which I'll soon request for sending to the next post.

You can check the power rating on your stuff and see if it's flexible enough to work across 110-220V and 50/60Hz. For example, some TVs do and some don't. Many rechargeable things do. If they have the right numbers then they're good to go anywhere with a plug adaptor. If something only says 110V/60Hz or 220V/50Hz then it might be an ill-mannered nationalist device likely to behave badly in other countries. 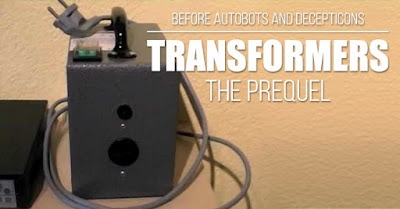 I've sorted out stuff for storage about 3 weekends before pack out. I've identified 110V appliances to store instead of using them with a transformer. They could actually work, but it might shorten the life of the appliance, stunt their growth, or cause premature balding. Worst case could be they don't work right, explode in a puff of smoke, or rip a hole in the space-time continuum. Why risk it?

It isn't always convenient to plug something into a big metal transformer box when there's more local plugs all over the place. The transformers they issued to me the last time had to sit on a ceramic tile on the wood floor because of the fire hazard. They had to be unplugged when leaving the apartment for a long time because of the fire hazard. I was told several times, "hey, did you know these are a fire hazard?" They seemed safe enough, but they did noticeably hum and were warm to the touch. At least they didn't hum an annoying tune. It was more of a meditative om sound. 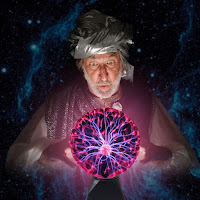 We also identified some things to keep but maybe not have hanging around for the next tour. It wasn't a whole lot of stuff, but it added a few more boxes for storage. Not sending that weight to the next post isn't a bad thing since we're pulling some stuff out of storage. There are weight limits for what can go to post, so storage is a balancing act. There's cold weather gear we didn't need in Caracas but will certainly need in Riga. There's other forgotten items that we'll request just to find out what's in the boxes. What's in all of these boxes named Deco on the inventory? It's a global shell game. 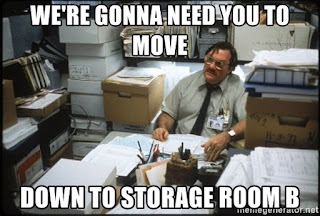 
It felt a little crazy, but I fully packed my luggage 2 weekends before pack out. I unpacked it afterwards into a specific closet and drawers to live from those choices and make sure they're good picks. This freed up the unworthy clothes for washing and to start an Unaccompanied Air Baggage (UAB) pile. Pro tip: clean clothes are easier to ship because they're much lighter without the dirt, or not. 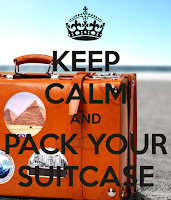 Phase Tres: Ripley's Need It for UAB or Not?


We started assembling excess clothes and other stuff we thought we needed soonest at the next post about 2 weekends before pack out. That's the UAB pile. Whatever's not in the pile travels by slow boat (literally) as Household Effects (HHE). There's no need to sort the HHE since it's everything that's left unallocated. Whenever we used things or noticed things around us, then it was time to stop, smell the roses, and reflect on how much we actually needed that stuff.

Believe it or not, sometimes we'd determine something just wasn't needed at all! Oh, the shock of it all! It starts to make you question why you accumulate stuff in the first place. Okay, maybe I question that one a bit more than my wife does, but it does make you wonder about stuff and why it ever existed at all. Some things could be sold, donated, or thrown out if it was completely useless to everyone on this planet. We tried to purge from time to time several months before pack out, but it appeared to really hit again in earnest during the UAB "pile it up" phase. 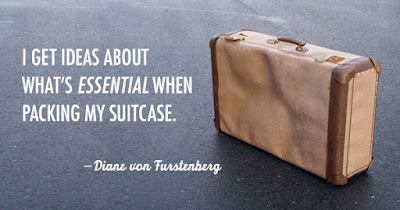 Phase Četri: Do Not Touch 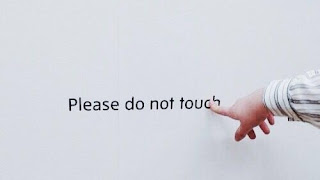 There's one last sort of sort over the weekend before pack out after all of the other sorts of stuff have been sorted. We set aside a small room as the Do Not Touch zone. That's where the few things we don't want packed are saved. There's the Welcome Kit with cheap temporary pillows, sheets, towels, dishes, broom, etc. that we get to use in place of our better stuff. We'll get a Welcome Kit at the next place, so what we have now must be a Goodbye or Farewell Kit.
Whatever you want to call it, we got the temporary kit of stuff back on Friday before pack out. We  could start using that and clean our own dishes, sheets, and towels before they're packed. Sometimes a post makes you keep the kit from the start of the tour to the end. You just have to set it aside for 2 or 3 years and remember where the heck it is. 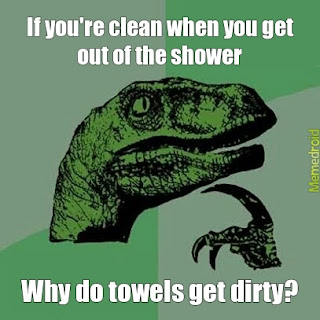 Now the kit has to be protected from the packers. I've already heard one story about this. A friend told the packers to leave a kitchen cabinet alone because it was stuff he needed to stay. They packed it up anyway when he wasn't looking. He caught the problem in time for it to be unpacked, but that's a lesson learned. Our kit will stay in the Do Not Touch room with a big sign on it: 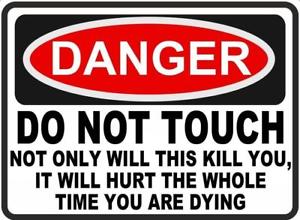 We're also storing some food and cleaning liquids for the next two weeks in there. We'll have to give away anything we don't use. Pro tip: Departing families are a good source of leftovers just before they leave.

The very last thing to be done is to pack the suitcases and carry-on bags for storing in the Do Not Touch room. We can safely unpack them again after the movers are gone. We don't want some eager packer putting our clothes, passports, or other essential stuff in moving boxes. Complete isolation of these things is the best way to deal with it. Some people go as far as moving all of these out to a car if they have one. The little room is fine, but it'll have to be watched and guarded at all times. 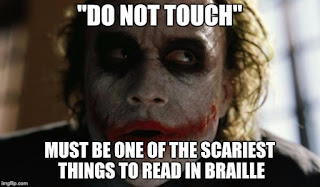 The packers arrive Monday and everything will be packed in boxes. They'll segregate the boxes for storage and hopefully not mess that up. I've heard many stories about storage fails. Sometimes boxes go to post that were meant for storage and vice versa. Sometimes only parts of things go to the right place, like getting stuck with only one bed rail.

UAB goes in special sturdy boxes for air shipment, so that shouldn't get confused. They'll finish Tuesday with everything loaded in crates and drive away with most of the stuff we own. The crates and UAB boxes will travel to the other side of the planet and hopefully arrive intact at our next post.

Our minimalist living begins Monday as we're surrounded by boxes we can't open. Minimalism stretches on until our stuff finally arrives and is unpacked. In the meantime, we'll survive without any of that stuff. 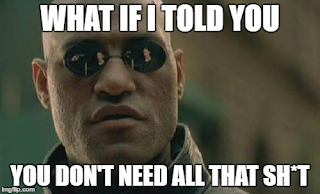 But, like everyone else, we'll unpack it all and fill our drawers, closets, and rooms. We'll live a few years with stuff all around us and pack it all up again when it's time for the next move. Maybe minimalism is something to explore a bit more while working this kind of job. Maybe we'll get around to that some day in the future, but right now we have to finish sorting our stuff! 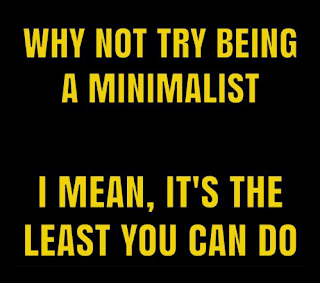 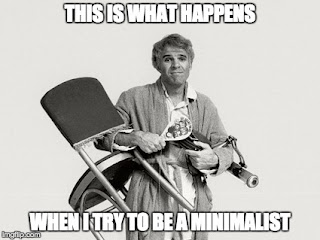 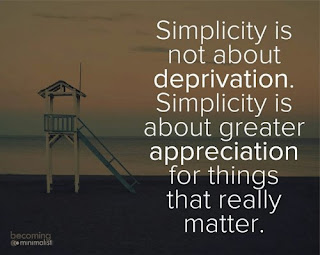 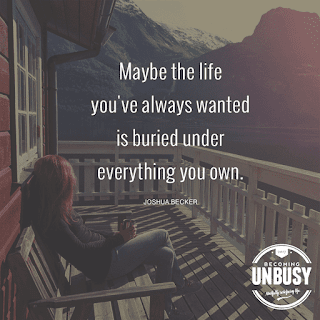