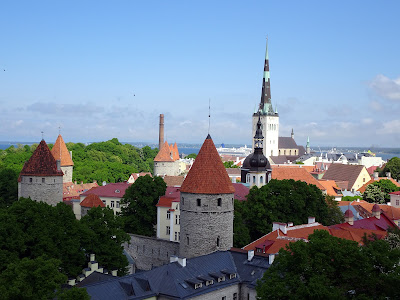 It's 30 days to departure from Stockholm and 15 days to pack out. One final trip out of the country on the cheap Tallink ferry to Tallinn Estonia. It's an overnight trip on the boat, spend a day in old town, and an overnight trip back so it's a great adventure for a 3 day weekend. There were some noisy people both late nights roaming the halls of the boat, but it was a good trip despite that common issue. Stockholm, Helsinki, Tallinn, and Riga have ferries like this going between them daily so any of those cities can enjoy easy visits to the others.

Oh Sweden! Spring and temps in the 70s F happened a week ago but now I'm reminded of where I am. Overcast, rainy, and highs in the 50s for the weekend calls for a bit of inside tourism to inside places. Will the temps edge above 70F before leaving next month? We'll see.

Nearly 2 years later and I've finally visited the Royal Palace (Kungliga Slottet). It's not far or difficult to get to in Gamla Stan but it's just one of those things I hadn't gotten around to doing. The ticket includes 4 museums consisting of the Royal Apartments, Treasury (no pics allowed), Tre Kronor Museum, and Gustav III's Museum of Antiquities. There's also an awesome armory museum as a seperate ticket with royal coaches that I've blogged about before which is definitely worth a visit. The palace building doesn't look like much other than a boring big building. It's really too bad the Tre Kronor or Three Crowns castle burned down because that looked much more interesting from the model of it. 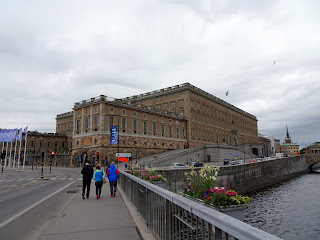 What a difference a week makes in Stockholm. The temperature highs were in the 40-50F range last week, but it started warming up this week and hit 70F this weekend! It looks like everything turned green overnight with flowers bursting everywhere. It won't stay this warm for most of the month but it's a nice anomaly. 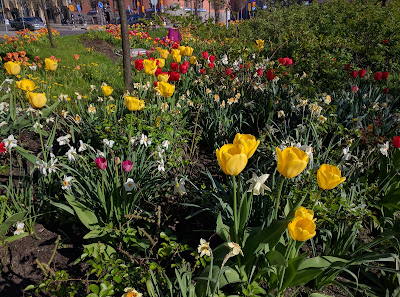 Millesgården is just across the water on the island of Lidingö. It was built in 1908 by sculptor Carl Milles and his wife painter Olga Milles. It's now a museum with the home, antique collection, sculpture garden, and art gallery with changing exhibitions. The sculpture garden will be even more beautiful whenever spring finally blooms but it's a great visit any time the weather is nice. 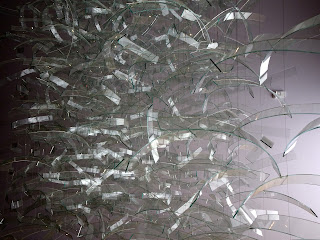